The six best ever forex traders?

Article Overview
Want to know who are the some of the best ever forex traders? Check our latest article out with some takeaways! Five traits these top traders have in common:
👉 Risk management is key
👉 Patience is an important trait for traders
👉 Keep an eye on the markets
👉 Long term bets
👉 Perseverance is critical

Just as with any other industry, the forex markets have also its fair share of leaders.

However, for the most part, these best forex traders made their mark early on as trading continued to evolve.

In this article, we look at the best traders and how they made their millions. It includes a few traders from the commodity markets as well as the stock markets.

Given that these days traders can get access to all instruments including stocks and commodities, these traders are handpicked for their versatile trading strategies.

An important point to note is that all these traders were in it for the long run. Hence, you will not see any examples of traders making millions by purely day trading. For many of these best forex trading examples, the traders in question were long-term investors.

Still, there are many valuable lessons that one can learn from these trading experiences.

If you are looking for inspiration, then these six best ever forex traders should help you inspire to buckle up and focus on your trading.

Most of the traders listed here are well profiled in Jack D. Schwager’s famous book, Market Wizards. This is a highly recommended book especially if you are looking for ideas or want to know how the top traders think.

Andrew Kreiger shot to fame in the shadows of the 1987 US stock market crash. Unlike his peers, Kreiger choose the New Zealand dollar.

Kreiger, who was then employed by the Bankers Trust saw an opportunity in the Kiwi. The Kiwi dollar had rallied as much as 40% in just under a year. The currency was relatively new back then and was a free floating currency.

The NZD became a free floating currency in March 1985 officially.

But the US dollar, reeling under the 1987 stock market crash was weaker. According to Krieger, the NZD offered a great opportunity.

Using FX options, a type of derivatives, Krieger bet close to a $100,000 in purchasing CALL options on the NZDUSD.

A CALL option is a derivative bet that gives the holder, the right but not the obligation to exercise the contract. This gives the derivative an optionality.

If Krieger was wrong, he could have walked away from the trade, with just $100,000 in losses.

Krieger's conviction proved to be right. This trade netted him close to $300 million in what turned out to be a highly leveraged bet.

News got out about Kreiger's option bets that also caused concerns at the Reserve Bank of New Zealand.

Rumor has it that Kreiger's actions caught the attention of the central. This eventually led to Kreiger squaring off his trade after the NZD fell by 10%.

Krieger later moved to work with George Soros at the Quantum fund. By the time, Krieger earned the reputation of being an aggressive trader.

He also published a book, The Money Bazaar.

The book is definitely a must read as it covers the foreign exchange markets back in the early days after the US dollar broke away from the gold standard.

Stanley Freeman Druckenmiller is another big name when it comes to trading. Interestingly, Druckenmiller was also a protege of George Soros and his Quantum fund.

Prior to that, Druckenmiller was working at the Pittsburg National Bank as an Oil analyst. He later joined the Quantum fund in 1988, handpicked by Soros.

The fall of the Berlin wall led to the reunification of East and West Germany. This was positive for the German currency.

Druckenmiller began to build up his positions, which amounted to close to $2 billion. This in turn netted him over $1 billion. However, rumor has it that Druckenmiller had only a few hundred million in position initially.

Egged on by Soros', Druckenmiller raised the stakes. This bet managed to rake in over 60% in returns for the Quantum fund.

Other notable trades from Druckenmiller included going long on the German bonds and shorting the British bonds.

This was around the time when Soros himself made the famous bet that broke the Bank of England. Druckenmiller was also part of the team which bet against the British pound.

The fund had a near-record with no drawdown year even in 2008. However, Druckenmiller later returned his investor's fund and settled into running his family office.

When asked why he closed his fund, Druckenmiller cited the stress of maintaining such high returns.

To this day, Druckenmiller continues to give interviews and his thoughts on the current market conditions.

George Soros is synonymous with the Bank of England.

An aggressive trader, Soros is known for 'breaking the Bank of England.' His convictions were so strong that he even borrowed money to make the bet.

Being rejected twice already, the UK was finally accepted into the ERM in 1990.

The ERM required the foreign currencies to maintain a level against the German deutsche mark. While the German currency strengthened after the reunification, the British pound had to be devalued after the end of World War II.

This led to a stark difference between both the currencies. The UK, as part of the ERM had to defend the peg on both sides. This meant making use of foreign reserves, that included buying and selling the British pound.

Many other currencies also felt the pressure, including the Italian lira. The lira was subsequently devalued, and the focus turned to the UK.

Officials in the UK decried any such ideas, but speculators began to short the British pound.

September 16, 1992, came to be known as Black Wednesday. To stave off speculators, the Bank of England also tried to hike rates twice during the day. But all the monetary policy tools couldn’t help as the UK’s reserves dried up.

Eventually, the nation crashed out of the ERM with Soros, among other speculators making a healthy profit.

Paul Tudor Jones is famously known for calling the stock market crash of 1987. In fact, records note that Jones was expecting the equity markets to crash as early as two years prior.

Tudor Jones started from humble beginnings. His career in trading started when he worked as a clerk on the New York Stock Exchange trade floor.

Later, he worked as a trader trading cotton futures at his cousin's firm.

By 1980 Jones founded Tudor investment corporation in Greenwich Connecticut. The firm continues to operate to this day.

Tudor Jones shot to fame after calling the 1987 stock market crash. The day known as Black Monday saw the equity markets posting the largest one-day decline. This helped Jones to net over $100 million in profits.

However, the Black Monday crash of 1987 remains hotly debated. Many argue that the market crash was more technical than fundamental. It was a series of decisions that led to the infamous crash where the Dow Jones Industrials fell 22.6%.

The market crash gained notoriety since it came during the Great Depression.

Intense review of the events leading to the market crash saw various reforms coming into effect as a result. One of which includes the ability of a stock market to introduce circuit breakers in the event of a large market drop.

This essay from the Federal Reserve gives a good account of the Black Monday in 1987. However, there are other schools of thought as well.

No matter what the real reasons were behind the 1987 crash, Tudor Jones managed to profit from what is now called a Black swan event. Jones began to build up positions in the markets leading up to the infamous crash.

In more recent times, Jones is now vocal about his thoughts on inflation.

Andrew Hall is one of the best known names in the oil markets.

At the time, Hall got a compensation of $23 million.

Hall made a fortune in the oil markets by making long term bets. He saw an opportunity for increased demand from China and India. At the time, oil prices were trading between $20 - $30 in the spot market.

This meant that the futures contracts were at least 20% cheaper. By 2005, Hall started to go long on crude oil, making a profit

Andy Hall boasts of a near 45-year oil trading career. While he is well known for his oil trade, Andrew Hall was pivotal to creating the oil markets as we know today.  Hall courted controversy when he was paid $98 million in bonus in 2008.

Hall later went on to found Astenbeck Hedge fund, which, ironically, he had to close following a bad trade.

Hall misjudged the impact of the boom in the US oil markets leading to a 30% loss.

Although now retired from the trading desk, Hall continues to watch the oil markets. According to him, oil markets may be in for a decline into 2030. He attributes to a series of factors ranging from the boom in the EV sector and renewable energy.

Besides oil, Andrew Hall also dabbled in other commodities including silver and other exotic commodities such as Rhodium.

Marcus is well profiled by Jack Schwager in his classic book, Market Wizards.

Marcus began his career in trading by investing $1000. He was trading in soybeans and other commodities. He later took a loan from a family member and continued trading until he took up a job as a research analyst with a brokerage firm.

By some reports, Michael Marcus viewed trading as a hobby, despite losing his initial capital. He then gained education in commodities trading and managed to also build a trading capital.

Although the commodity markets were ranging for most of the time, Marcus managed to make money. He did so by buying low and selling high just for a few ticks.

Eventually, he managed to become a millionaire trading the commodity markets.

Marcus attributes his success to Ed Seykota who was himself legendary in the commodities markets. Seykota later became a mentor to many other commodity traders.

Five traits these best traders have in common

We hope the above six best traders gave you enough inspiration. But if you read closely, you may observe some similar traits these best traders have.

Here is a summary of these traits which every beginner to trading should practice.

In conclusion, we hope that these best ever forex trader stories helped to inspire you in your trading journey. Good luck! 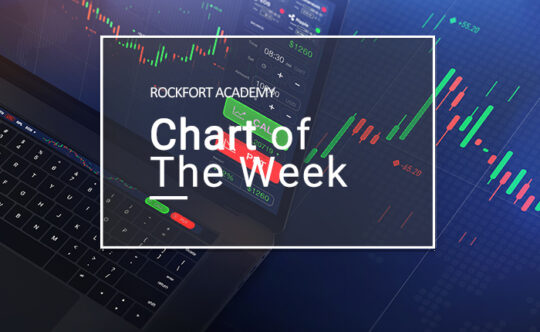