What are Black swan events?

The Black swan is in fact a species which is rare and native to Australia.

Over the years, the Western world adopted this name to explain something of a rarity. The term gained wider acceptance in the financial community after the famous book by Nassim Taleb’s book – The Black Swan.

There are certain characteristics of the Black swan which often make it a loosely termed word. However, in reality, Black swan event at least in the financial markets is something that catches everyone by surprise.

If it weren’t so, it wouldn’t be a black swan in the first place. Thus predicting Black swans are extremely difficult.

In this article, we look at some of the major Black swan events that shook the global financial markets and how they occurred. We will also touch upon the statistical meaning as well as briefly explain in terms of financial risk management.

A black swan theory is a term, used as a metaphor. It describes events that catch everyone by surprise, having a major impact. In many cases, a Black swan event can be “explained” or rationalized in hindsight.

Yet, it cannot be explained beforehand. A black swan in the financial markets doesn’t refer to a mere market crash. There have been more instances of a market crash in comparison to black swan events.

For a visual explanation of the Black swan, this video gives a simple explanation that is easy for everyone to understand.

The term gained popularity after Nassim Nicholas Taleb published his book. The first edition came out in 2007, right around the time of the Global financial crisis.

Taleb’s background included math and he worked in the derivatives markets, mostly trading options. Options contracts, as one may know are quite complex due to their non-linearity. Options are also derivatives often used to hedge risk.

Hence, Taleb’s work got him into the world of financial risk management, which eventually led him to publish the book. Within the world of math, statistics, derivatives and risk, black swans are not new.

Given the fact that Taleb was able to convey this in simple terms saw a mass recognition. Taleb also published many other books, and “The Black Swan” is now running in its second edition, published in 2010.

The term Black swan refers to something unexpected that happens. But quite often, investors tend to inappropriately term an event as a Black swan. This is not the case!

There are three distinct features for a Black swan event which is summarized as below.

In many cases, investors are caught off-guard with little to no room to manoeuvre. As a result, a Black swan tends to have an extreme negative outcome.

Outliers, in terms of data are those points that do not sit within the random sample of the normal distribution. Statistically speaking, an outlier is something that sits far from the 99th percentile and less than 1 percent are said to be outliers.

For example, if the EURUSD daily returns over a week average around 1% but the following week you have a 2% move (in any direction), this would qualify as an outlier within the sample range.

While there are many Black swan events that have occurred over the decades, if not centuries, we list below some of the most famous ones.

These are some of the Black swan events that are still fresh in one’s mind. Most of them are also well documented so the reader can pursue further should they wish to delve deeper into the makings of these Black swan events.

Although it is called the Asian Financial crisis, it impacts other markets including Latin America and Eastern Europe as well. The crisis was triggered on the back of Thailand devaluing its currency, the Thai Bhat, relative to the US dollar.

This had immediate effects with a precursor coming from the collapse of big real estates names such as the Somprason Land and Finance One's bankruptcy in early 1997.

While it took months of speculative pressure, the move by the Thai government crashed the economy's financial infrastructure from real estate to equity markets with the currency markets at the core.

Consequently, regional neighbours such as Malaysia, Philippines and Indonesia had to follow suit with South Korea capitulating at the brink of a sovereign default.

The Asian financial crisis caught investors and central bankers by surprise. It was a Black swan event, although in hindsight, it was well explained due to high leverage and increasing lending.

Still fresh in many investors' memories, the year 2000 is synonymous with the dot com crash, also known as the tech bubble.

The dot com crash came on the back of investor exuberance in a bid to buy up on tech stocks following the start of the Internet boom. It eventually led to purely speculative bets in the sector.

The dot com crash gave rise to many new companies, including some of the big names that we know of today: Amazon, Paypal, and eBay to name a few. Some notable failures during the time were Pets.com, Boo.com, and Global Crossing.

Most of these companies were floated, riding the wave of the Internet. Thus investors set aside due diligence and instead jumped on to the band wagon. Later, it was learned that the business models were unviable and valuations at the extreme, warranting a market correction.

By some measures, the Dot com crash is said to have wiped out over $1.7 trillion in market valuation.

Hot on the heels of the Dot com crash was the 9/11 incident which shook the world. In pure technical terms, this was a Black swan event. Although in hindsight one can perhaps connect the dots to explain this event.

The September 11 2001 incident shut down the U.S. markets for nearly a week, unprecedented at the time, and the longest market closure since 1933. With the United States as the global financial nerve centre, the 9/11 event had wide ramifications, both politically and financially across the world.

The New York Stock Exchange fell 7%, with the airline industry taking a beating, while the Dow Jones and the S&P 500 fell 14% and 12% respectively. The market crash on the back of 9/11 wiped out $1.4 trillion within a week.

The Global financial crisis, or GFC for short was yet another stark reminder of the financial risks. More importantly, the 2008 GFC showed how integrated the world’s financial markets were.

What started off in the United States quickly spread across the globe and plunged the global markets into a recession.

The 2008 GFC was one of the longest in recent times, lasting from 2008 with the major stock indices carving a bottom almost a year later. What’s even more interesting is that it took nearly four years for the markets to recover the losses.

The 2008 financial crisis is well documented with many academic papers, as well as entertaining movies being made on the back of it. Still, back at the time, it was a relative unknown. There were many warning signs and people called a crash; most famous names being that of Michael Bury.

However, by some measures, one could argue that had the US Federal Reserve made different decisions, such as bailing out Lehman Brothers, it could have had perhaps smaller consequences.

This documentary from HBO – Panic: The Untold Story of the 2008 Financial Crisis makes for a documentary worth watching if you want to learn more.

While most of the above Black swan events can be attributed to financial (mis) management, the banking sector among other reasons, the 2019 Covid pandemic came with a different narrative. While the previous events showed the interlinks between various financial markets, Covid-19 showed how integrated the world became.

Although the pandemic narrative started to build up in the months leading to the financial market crash, no one really expected it to be as worse as it got. This is partly due to the previous pandemics, especially in Asia such as the Avian Bird flu and the likes.

This Black swan event saw the US dollar rising over 6% in a mere 5 working days. Investors piled in to the safety of the global reserve currency. This in turn impacted almost all other currencies putting severe pressure on economies spanning from Latin America, to Europe and Asia.

Usage of Black swan in statistics and risk management

One of the common usage of Black swans can be seen in the study of statistics.

More specifically, in the study of distribution of returns. Many researchers and investors tend to combine the term fat tails with Black swans.

But in reality, in the financial markets, this distribution is not very normal. Meaning that the curve is somewhat skewed.

The technical term for this is known as Leptokurtic. Leptokurtic is one of the three terms used to describe the kurtosis of the distribution curve.

The chart below, draws from a fictitious portfolio built using returns from Amazon (NYSE: AMZN).

However, fat tails do not, by default infer to a Black swan event. As mentioned earlier, there can be many market crashes, leading to fat tails in the distribution curve. But these fat tails themselves do not describe the Black swan.

To fully understand Black swans, one would have to dig deeper into the world of probability theory and statistics, which falls outside the scope of this article. However, we hope that this article gives the reader a basic insights into Black swans, what they are and how they occur.

In conclusion, Black swan events are rare occurrences with a major impact. In the financial markets, Black swans tend to occur every now and then. There are rare to predict, meaning that investors should be wary of these events.

Black swans can quickly erode all the gains made and depending on its intensity, it would take a lot more time for the markets to recover. The five famous Black swan events illustrate the point, of how an event on one side of the world can impact the markets on the other end.

Although risk management is a key factor when investing or trading, investors should be ware that there is absolutely no guarantee that risks are fully mitigated.

PrevPreviousCharts of the Week-USD/JPY–BOJ June Meeting Minutes, is it time to BUY?
NextMarket Insight - Spectre of Recession and intense Inflation.Next
Disclaimer 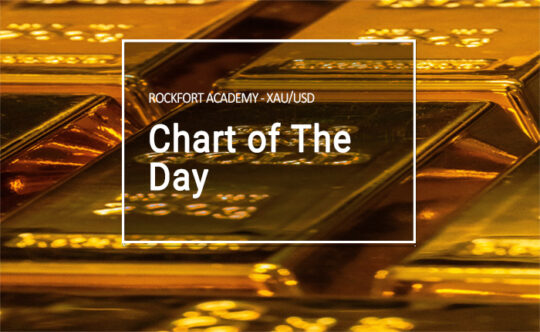 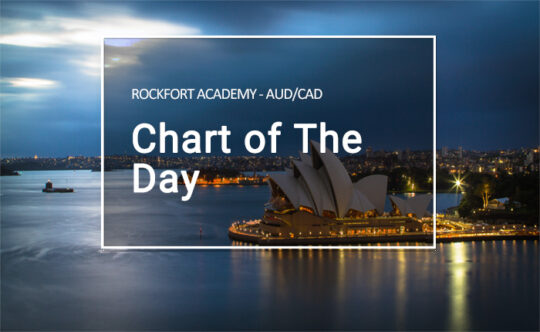